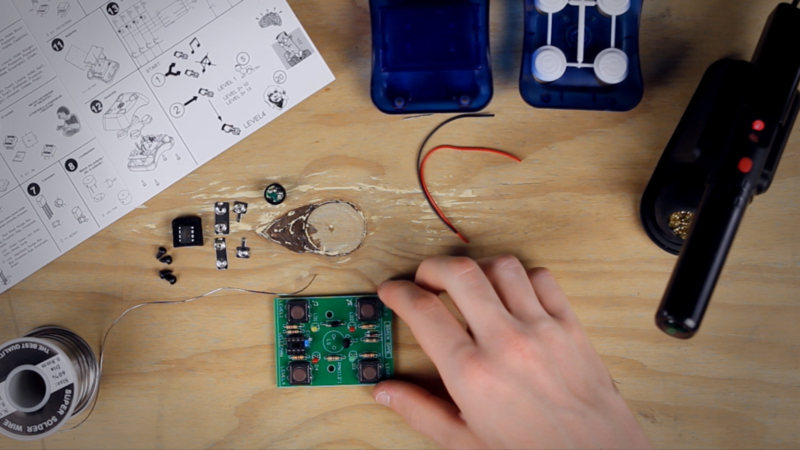 Don’t let your brain get lazy during the summer months! Assemble and play the brain game instead. Check out how easy it is to assemble in the video below.

The kit has 4 LEDs and 4 corresponding buttons. The goal of the game is to repeat a randomly generated pattern by pushing the buttons. The pattern is played both visually by the LEDs, as well as audible by the buzzer. But you can choose to generate it visually only if you want to play in silence.

It features 4 difficulty levels, which can be selected at start-up. The replay speed gradually increases during the game, to make it even more challenging. The kit has low power consumption and it’s microprocessor-controlled. There is also an automatic power off.

By continuing to browse the site you are agreeing to our use of cookies.